EXPLORE WHO WE ARE

We inspire young Jewish business leaders during a professional summer experience in Israel and empower them to pursue successful careers and build a global, lifelong community dedicated to supporting the Jewish people in the 21st century. 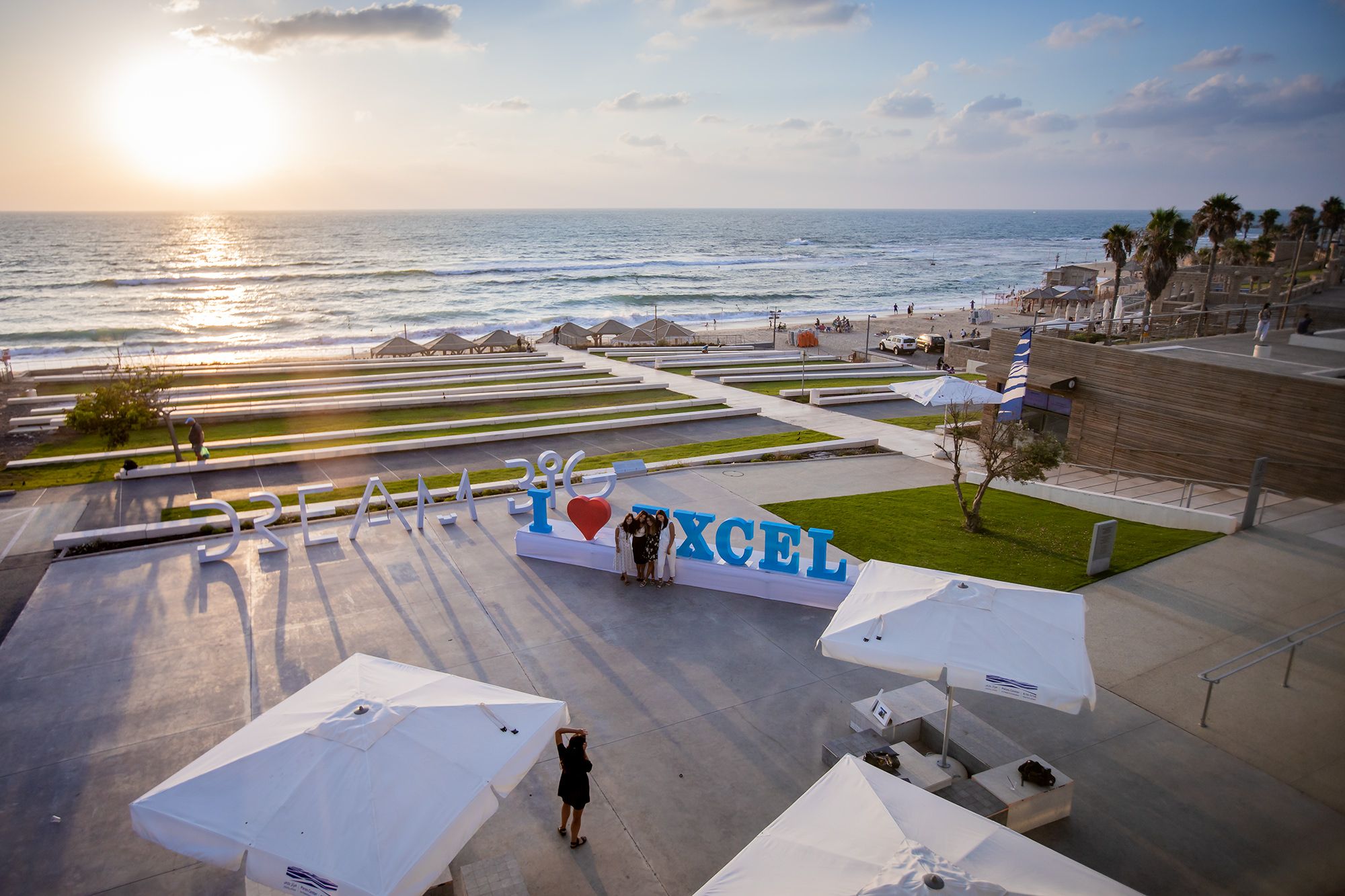 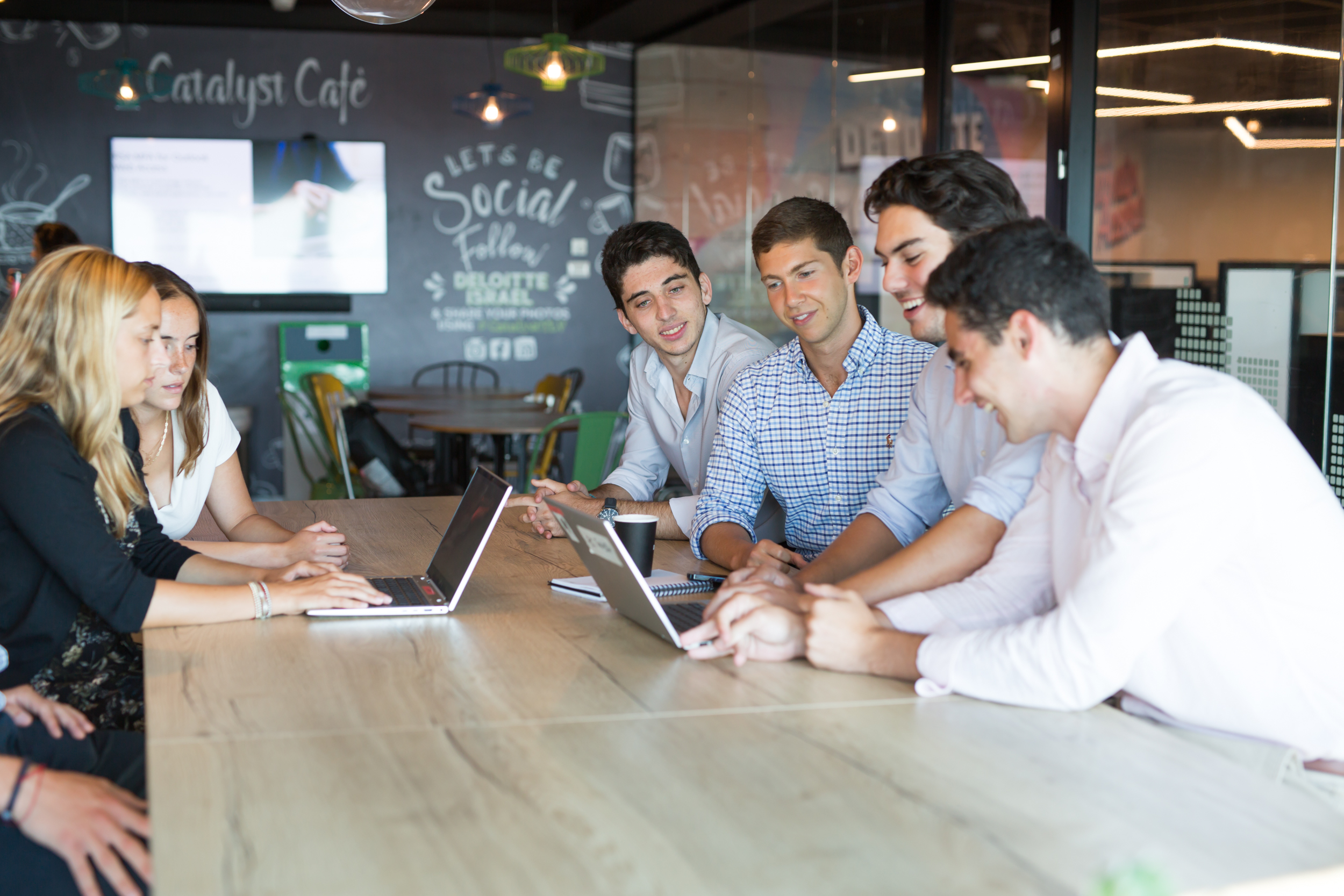 THE FACES THAT MAKES IT POSSIBLE

Idit Rubin is the Executive Director of Excel. She joined Excel with 20 years of experience in marketing and communication. Idit has held numerous management positions in some of Israel’s leading corporations, including EL AL Airlines, the Coca Cola group, IPG-Israel Advertising Agency, and as journalist at Ma’ariv, the Israeli Newspaper. Idit is a brand management and marketing strategy expert, specializing in the development of innovative products and services. After years working in the corporate arena, she chose to follow her aspirations and work for Israeli NGOs. Prior to joining Birthright Israel Excel, Idit served as the Director of External Relations at IFCJ philanthropic fund. She served in the IDF Intelligence Corps and holds a BA in Communication and Psychology from Bar-Ilan University, as well as an MBA in Business Administration. Idit is married to Ofir and they have 3 children.

Jackie Soleimani is the Global Director of Birthright Israel Excel where she works closely with the international community of Excel fellows. In her role, she strategically partners with business leaders, non-profit and leadership organizations, and key supporters of the program. Before joining Excel, Jackie spent seven years as the Vice President of Leadership Development at Birthright Israel Foundation (BRIF) where she worked with the Board of Directors and regional leadership, oversaw missions and was a liaison to Birthright Israel. Prior to BRIF, Jackie spent several years at the American Israel Public Affairs Committee (AIPAC), most recently as their Director of Manhattan Communities. After graduating from Stern College, she worked at the Schusterman Foundation in Jerusalem and then returned to New York to work at Hudson Bay Capital as an analyst before joining AIPAC. Jackie was also selected to the sixth cohort of the Schusterman Fellowship, a high-level leadership development program. Jackie lives in New York with her husband, Jacob, and their three kids (and hopeful future Excel Fellows), Liam, Emmett, and Nessa.

Sharon Prince has been the Director of Recruitment for the program since its’ inception more than 10 years ago and is responsible for recruitment, admissions and internship placement. Prior to joining Birthright Israel Excel, Sharon worked in the field of asset management and commodities trading. Throughout her life, Sharon has been a passionate supporter of Jewish and Israel focused causes and is excited to bring this interest to the next generation of Jewish leaders. She is a graduate of Brandeis University. Sharon has worked with many non-profit organizations and currently sits on the board of the Hope and Heroes Children’s Cancer Fund. In her free time, Sharon enjoys traveling, skiing, golfing and baking. She is married and has three children.

Cathy directs marketing efforts for Excel recruitment and for initiatives that raise awareness of the Excel brand. Prior to joining the Excel team, Cathy spent two+ decades in the advertising profession at BBDO NY where she managed accounts across a diversified set of verticals: CPG (Pepsi), Healthcare (Johnson&Johnson) and Oil&Gas (Exxon). The GenZ target is near and dear to Cathy as she has led research and content development for this group and served in Board and Council roles at GenZ–focused educational institutions: The Bronx High School of Science and Duke University. Cathy also volunteers with College Access Research and Guidance (CARA), a non-profit that provides college admission support to first-gen, low-income students and students of color within NYC public schools. Cathy and her Israeli husband live in Manhattan with their son who is a college student.

Noa was born and raised in Jerusalem, has a BA in sociology-anthropology and archeology from Ben-Gurion University of the Negev, and an MA in non-profit management from the Hebrew University of Jerusalem.

After serving for two years as the Jewish Agency Israel Fellow to UConn Hillel, Noa realized her passion in life is to create connections between Israel and the Diaspora. Noa served in the IDF as an Educational Non-Commissioned Officer and has vast experience in community and educational-program management. Noa is a vegetarian and in her free time she enjoys listening to music, playing the ukulele, practicing yoga and traveling the world.

Originally from Belarus, Aaron grew up in Ashdod, Israel and has a BA in Political Science and International Relations from the Hebrew University in Jerusalem. He Served in the IDF as a combat soldier and an educator. Aaron worked in Jewish summer camps in both Russia and the US and has a lot of experience with world Jewry.

While studying at university, Aaron worked as a tour guide in the Knesset- The Israeli Parliament. After graduation he also interned in the U.S. Congress as part of an Israeli-Palestinian Program.

For the past 2 years Aaron has worked as an Israel Fellow of the Jewish agency to the Union of Jewish students in Oxford, UK. On his free time Aaron enjoys hiking, traveling, bouldering, cooking, watching Netflix and meeting up with friends.

Naama is a recent graduate of UCLA’s School of Theater, Film, and Television, where she majored in Musical Theater. She brings her creativity and passion for community to her role at Excel and loves working with Excel’s inspiring fellows. Naama is currently based in NYC and in her spare time enjoys performing, writing, and spending time with family and friends.

Brooke Cutler is the Global Program Coordinator of Birthright Israel Excel. In her role, she oversees logistics and vendors for the Annual Summit, community programming and gatherings, as well as assisting with many of the administrative needs for both the team and the newly accepted Excel Fellows. Brooke also serves as the Executive Assistant to both the CEO and the Executive Direcotor of Birthright Israel North America. Brooke lives in New York City and in her spare time loves running, spending time with family and friends, and listening to podcasts.

Notify Me When Applications Open For Next Summer

You are a step closer, kindly provide us with your details below and we will notify you
Please provide a non .Edu email address

NICE TO HEAR FROM YOU

Connect with an Excel On Campus Representative